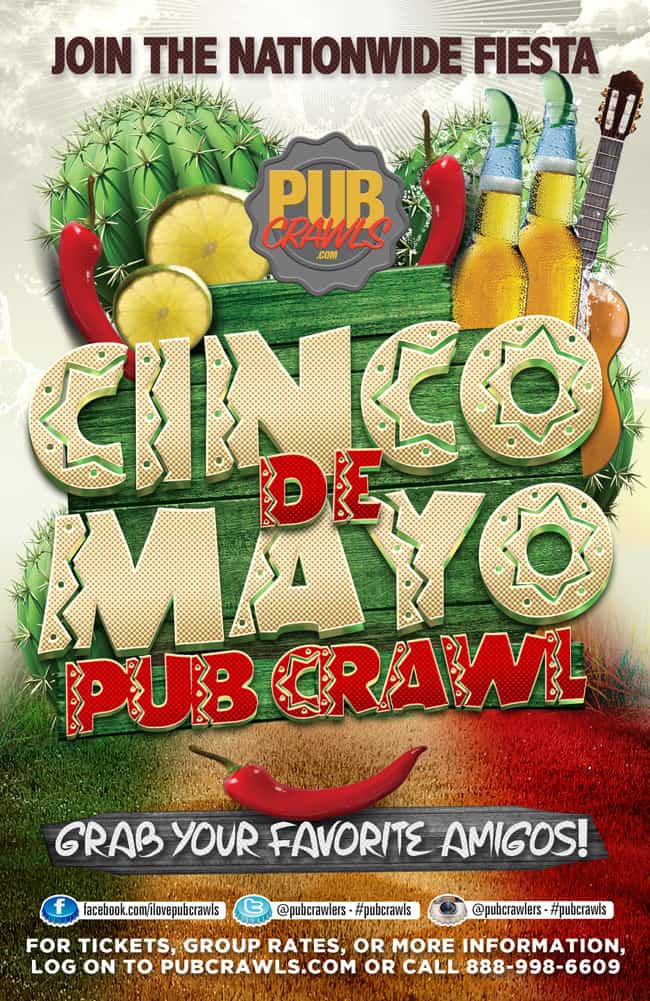 There’s nothing like a good old fashioned pub crawl to celebrate a joyous filled holiday. This year in Boston’s infamous Faneuil Hall, all of the planning is being taken care of for you by the producers of the top rated bar crawls events in the country, PubCrawls.com. There’s nothing better than enjoying some great bar variety in a city like Boston, and when it’s in Faneuil Hall, it’s that much better. The atmosphere around town heats up when Cinco de Mayo rolls around. This year we’ve decided to host their next massive event in Beantown, and there really isn’t a much better setting in the country. With so many different types of Mexican drinks such as Margaritas, Mezcal Cocktails, Sangrias, Cortes, Suenos, or Tequila shots – Cinco de Mayo will surely be a blast.

The battle of Puebla ended a long time ago and we’ve been celebrating ever since. While commemorating Mexico’s victory over 150 years ago, this holiday is all about celebrations and bar-filled fun. Featuring some of the best bars in town, the official Boston Cinco de Mayo Pub Crawl is set to be one of the biggest events this year in the city! Grab your sombrero, call your amigos, and get ready to hit the best bars that Faneuil Hall has to offer. Meet new friends and visit new places on one of the most popular nights of the year – Cinco de Mayo. Get ready to enjoy some beers and throw down some tequila shots. Where else would you rather be than crawling the streets of Boston on such a wild and celebratory holiday? We can’t think of any other place either. Which is exactly why the tickets for this event are expected to high in demand. Happy Cinco de Mayo weekend! 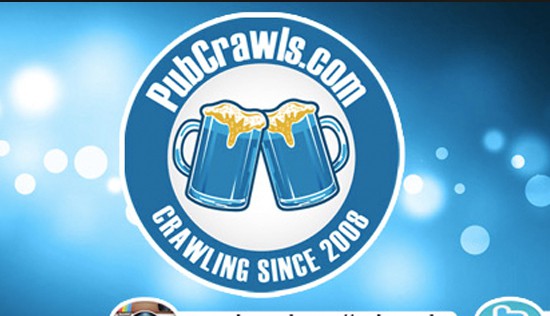 Must be at least 21 years old to participate; valid state ID required. Advertised drink specials, participating venues, and advertised times are subject to change and may vary. PubCrawls.com promotes safety and urges all participants to drink responsibly. If a venue is at capacity, we kindly ask that you either wait or proceed to another venue on the crawl. Participants must bring their print-at-home ticket to the registration venue in order to retrieve the their wristband and map. If there are multiple starting locations (registration venues), you only need to choose one (1). At each of the registration venues, our event staff distribute the same PubCrawls.com wristband(s) and customized map(s) that will allow you to access the entire crawl and take advantage of the drink specials throughout the city. Prices may vary by registration venues due to the popularity of the starting location. You will receive the exact same wristband and map at any of the registration venues. No refunds. All sales are final. Prices are subject to change while supplies last.